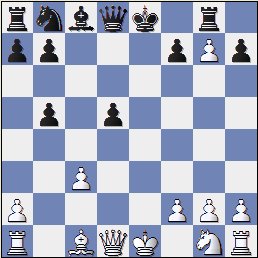 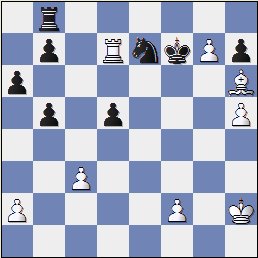 (Read More...) posted by Glenn Wilson @ 11:02 AM
Comments:
I haven't figured out the tactic yet, but I like the post. I looked at some stats from my blitz games, calculating the major types of blunders I make: number one in blitz: en prise! Quite demoralizing...our visual system obviously didn't evolve to play chess well!

BDK: Yep, seeing one move ahead flawlessly would do wonders foy my blitz results.

BTW I like the new design on the site.

BDK, Thanks for noticing the new look. Do you think the black theme makes me look slimmer?